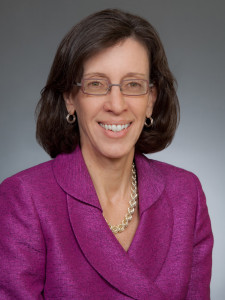 Marty has a distinguished record of accomplishment in the non-profit, corporate, and government sectors, which allows her to draw on the strengths of each when working with her clients.

A Leader in Women’s Health

Most recently, Marty was the Chief Executive Officer of Planned Parenthood League of Massachusetts, a $19 million organization serving 30,000 patients annually at seven health centers and reaching more than 50,000 students, parents, and teaching professionals each year through its education programs.

During her tenure at Planned Parenthood, Marty created and implemented a comprehensive strategic plan; reversed a $1.2 million loss in the organization’s health care operations; and raised more than $4 million annually for PPLM’s operating budget plus $1 million in nine months in a capital campaign to support the national expansion of an evidence-based sexuality education curriculum.

Marty served as the national spokesperson for Planned Parenthood in McCullen v. Coakley, the 2014 U.S. Supreme Court case challenging the constitutionality of the Massachusetts buffer zone law. She effectively handled all media inquiries, including interviews with The New York Times, the Boston Globe, National Public Radio, the Associated Press, the Rachel Maddow Show, NBC, and CBS. Following the Supreme Court’s McCullen decision, Marty secured passage of a new state law in less than one month, a remarkable achievement that is testament to her advocacy skills.

An Effective Advocate on Beacon Hill 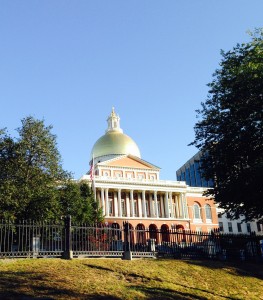 Before joining Planned Parenthood, Marty represented the 8th Suffolk District as a Massachusetts State Representative for eight years. Among her legislative achievements, she was the author of the 2010 education reform law that propelled Massachusetts into first place in the Obama administration’s 2010 Race to the Top grant competition, the widely heralded anti-bullying law, and the path breaking law allowing the establishment of virtual schools. While in the House of Representatives, Marty held numerous leadership positions, including Assistant Vice-Chair of the House Ways and Means Committee, House Chair of the Education Committee, Vice-Chair of the House Ethics Committee, and Co-Chair of the Caucus of Women Legislators.

Marty’s extensive experience in the education field offers particular value for her clients. She is a senior advisor to Democrats for Education Reform in Massachusetts, and her volunteer positions include serving on the Board of Directors of Mass Insight Education and the National Center on Time and Learning. She is also a member of the Kingsley Montessori School Advisory Council. Marty served on the Advisory Council of the state’s Department of Early Education and Care, as Vice President of Development at Jumpstart for Young Children, and as Assistant Director of Human Resources at Boston Public Schools.

Marty is a seasoned employment attorney, having practiced law at the national law firm Littler Mendelson and at the venerable Boston law firm Palmer & Dodge. She also worked as Associate General Counsel for Harcourt General, Inc., where she managed labor and employment law matters for a publishing, entertainment, and retail company with $4.5 billion in revenue and 40,000 employees globally.